What is the OnlineIPT?
The OnlineIPT is an online language proficiency assessment that measures the language proficiency of pre-kindergarten through twelfth-grade students in English and Spanish. The tests are designed for the purposes of initial identification, program placement, progress monitoring, and redesignation in school. The English tests are aimed at students who speak English as a second language. The Spanish tests are aimed at students who speak Spanish as a first language, heritage language, or second language. The IPT Spanish tests are often used in bilingual education settings.
What does the name IPT stand for?
IPT stands for Individual Proficiency Test.
What are the tests like?
The Oral tests are student friendly. They are individually administered, structured oral interviews, where the examiner asks the student questions or gives prompts. The examiner scores the student’s answers as correct or incorrect as each item is administered. Some items are based on pictures while others are based on interaction between the examiner and the student. The test evaluates four basic areas in oral language: vocabulary, grammar, comprehension, and verbal expression.

The Reading and Writing tests are group or individually administered, standardized tests. They evaluate knowledge of vocabulary and grammar, comprehension of literary and informational texts, writing conventions, and productive writing skills. For the reading portion and the first part of the writing portion, students sit at a computer and take a multiple-choice test. For the second part of the writing portion, students write three short texts. The tasks are based on pictures and on short, written prompts that introduce a topic.

What will the results show?
Each test provides a skill-specific proficiency level and student designation of non, limited, or fluent/competent in English. When the Oral, Reading, and Writing tests are taken together, the results are combined to give an overall language proficiency level. This helps teachers guide instruction in the classroom. The tests can also be given at the beginning of the year and at the end of the year to show how much language progress a student has made in the year. Read more about score interpretation here.
Choose a test to learn more.
ORAL
English
Spanish
READING & WRITING
English
Spanish
EARLY LITERACY
English
Spanish 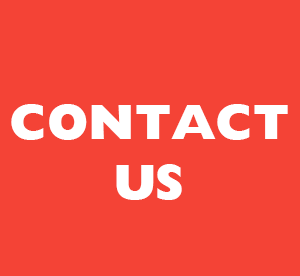